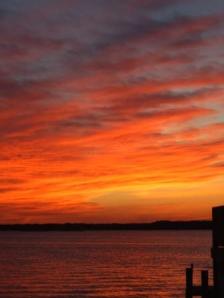 Sarah has worked on a variety of projects related to campaigns and elections. Throughout the 2012 campaign season, Sarah consulted on the Marquette University Law School Poll. During the 2008 campaign, she was an assistant director of the Wisconsin Advertising Project. The project analyzed television advertising in presidential, congressional, and gubernatorial elections with a particular focus on Illinois, Michigan, Minnesota, Ohio, and Wisconsin.

During the 2008 campaign season, findings were released in a series of real-time reports and received press coverage in outlets such as The New York Times. During the fall of 2006, Sarah served as a consultant to the “Vote No on One” campaign, which fought against the Tennessee Constitutional Amendment defining marriage as between one man and one woman.

During the presidential race in 2004, she was the assistant director of the Muhlenberg College Institute of Public Opinion, where she wrote reports about public opinion in Pennsylvania. She also aided in a real-time analysis of the first debate between George W. Bush and John Kerry and helped coordinate an exit poll of Lehigh Valley, Pennsylvania voters.